User privacy in mobile applications has become a timely issue, especially in the light of a Pew study from earlier this year, which found that 90% of US mobile users have no idea what is happening with their private data. Now, Canada’s Privacy Commissioner and another 22 global privacy authorities have joined forces and penned a letter urging tech giants such as Apple and Google to stay focused on user privacy (via the Globe and Mail). 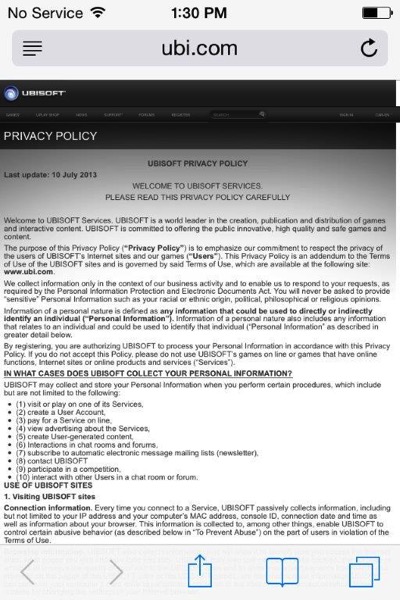 The recipients of the letter were Apple, Google, Samsung, Microsoft, Nokia, BlackBerry, and Amazon. The senders pointed to the high usage of mobile apps, and that this trend isn’t going to stop. In Canada alone, roughly 75% of mobile subscribers own a smartphone, according to comScore’s December 2013 data.

The most alarming issue is that more than half of apps worldwide and 26% in Canada had no privacy info and failed to explain how personal information would be collected, used, and disclosed.

– Access to other accounts: 15 per cent globally/23 per cent in Canada

– Camera: 10 per cent globally/8 per cent in Canada

– Contacts: 9 per cent globally/10 per cent in Canada

– Microphone: 5 per cent globally/7 per cent in Canada

– SMS (text messaging): 4 per cent globally/6 per cent in Canada

– Calendar: 2 per cent globally/same in Canada

The Office of the Privacy Commissioner of Canada highlights, though, that the study represents only a “moment in time” and was not a formal investigation, since the apps can be updated.