With the London 2012 Olympics set to kickoff today, there are numerous ways to help support Canadian athletes. The Canadian Olympic Committee has released the Canada Cheers 2012 iPhone app to help you do just that. The app provides up-to-date official Canadian Olympic updates, and allows you to share it easily to friends via twitter or Facebook.

It’s time to make some noise for the Canadian Olympic Team!
Introducing Canada Cheers 2012 – the only app that gives you official Canadian Olympic updates right from the team itself. From pre-match hype, to medal-winning moments, you’ll be notified right to your phone. And then it’s up to you to help spread the news and cheer on the team by tweeting, posting and sharing!
Download today and get access to:
– The latest Canadian Olympic cheers
– Key athlete updates
– Cheer stats
– Exclusive downloads
..and more.

When we all cheer as one, our voice will be heard on the world stage. So get loud Canada. Just like our athletes, it’s time to Give Your Everything! 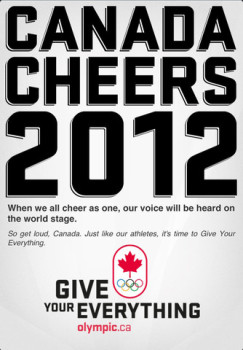 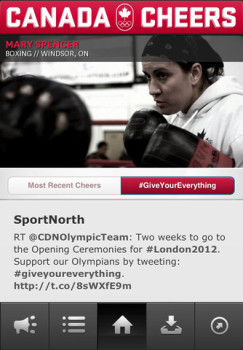 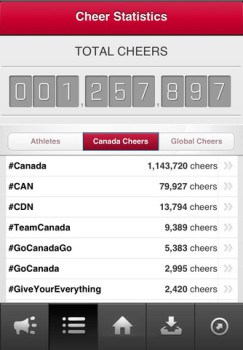 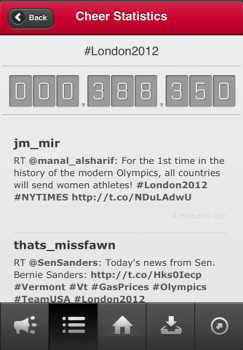 Other notable apps to help follow the London 2012 Olympics include: