The Winter Paralympic Games take place in Sochi starting March 7 and Canadians can watch live streaming of the games on their iPhone thanks to the Canadian Paralympic Team iOS app.

Join Team Canada on the go! This app is your ticket to the Canadian Paralympic Team at the Summer and Winter Paralympic Games. Stay up to date, with Team Canada results, schedules and news. Watch live competition on your mobile device and view videos on demand for events you missed.

User tip: Use wifi when downloading and/or streaming videos to avoid using your data. 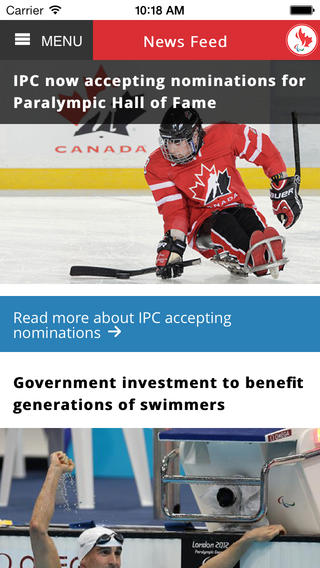 Live coverage of the games can also be streamed online at cbc.ca/paralympics.