The Canadian Red Cross has launched Be Ready for iOS, an app to help families prepare for emergencies, as part of national Emergency Preparedness Week (May 1-7).

The app provides users with geo-targeted notifications of hazards, preparedness information for various disasters and emergencies, available in-app information even without a data connection, plus a toolkit that turns your phone into a flashlight, strobe or siren. 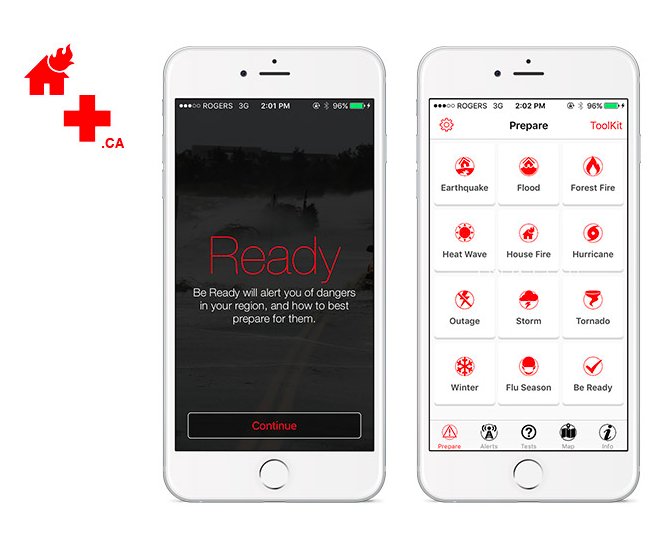 “The Canadian Red Cross recommends keeping enough supplies on hand to be self-sufficient for up to 72 hours in the event of a disaster or up to two weeks in a health emergency,” said Jean-Philippe Tizi, Vice-President, Emergency Management, Canadian Red Cross.  “We can’t control when or where a disaster will happen, but being prepared can help mitigate the impact disasters have on people, families and communities.”

The Canadian Red Cross says despite 75 per cent of Canadians saying they are confident of knowing what to do in an emergency, only 47 per cent actually have emergency supply kits in their homes, with even less having an alternate source of water. Don’t have an emergency kit at home yet? Check them out on Amazon.ca or even Costco online.