Canon’s Innovation Lab, based in the Communitech hub in Waterloo, Ontario, has launched a new iOS app called Jumpshot, which aims to help you better manage your photos. 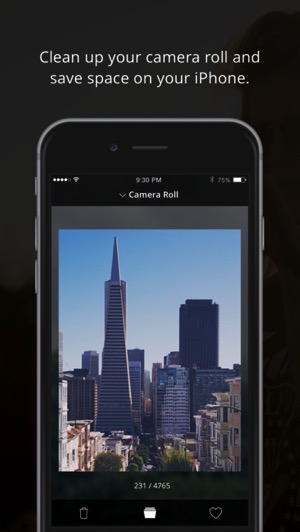 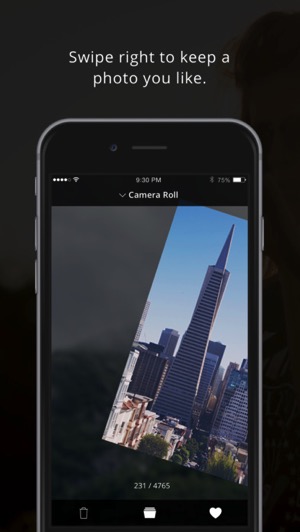 The app allows users to quickly sort photos into favourites or trash, by utilizing swipe gestures with your thumb. Swim to the right to favourite a photo and swipe to the left put it in the trash. Deleted photos won’t disappear until you empty the trash.

Canon Canada says the app will allow users to free up space on their iPhone and easily share photos with just a double tap of the screen:

FEATURES
• Sort your Camera Roll photos to either Favourites or Trash?
• Quickly delete the photos you no longer want in one shot
• View a curated collection of your favourite photos
• Instantly share photos with a double tap of the screen?

Stephen Yanofsky, Director of New Business and Strategic Initiatives for Canon Canada, said in a statement “Jumpshot is a great home-grown mobile app that simplifies the task of sorting through photo libraries.”

The iOS version, which launched in late October, has already seen users sort through 1.5 million images and quickly delete nearly 500,000 photos from their devices.

Just quickly tested this app and it’s pretty neat. You can definitely blast through photos quickly and delete crappy ones, to help you free up space. Double tapping an image brings up the iOS share sheet. I did find a slight delay at times on my iPhone 7 Plus while swiping, as photos took some time to load before swiping would actually work properly (double swipes happened). But all in all, a neat app to try.