If you were a fan of CAPCOM’s Ghost ’n Goblins, the side scrolling sequel has made its way to iOS this morning, on sale for 50% off at $1.39 CAD in the App Store. 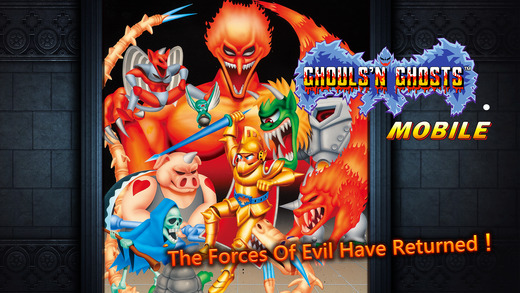 According to CAPCOM, this game has been optimized for mobile and “may play differently than the original release.” Here’s what’s new:

* New Tricks – Sir Arthur can now fire directly up or down when jumping.
* New Gear – Equip the golden armor and charge up your weapons to release powerful magical attacks.
* Even More Boss Fights – Battle against seven bosses including Cerberus, Beelzebub and Loki.
* Touch Screen Controls – Multiple control options, optimized for mobile.
* Two Modes – “Casual mode” has been adjusted for ease of play and “classic mode” follows the original specifications.

The game requires iOS 8.0 or higher, on an iPhone 4s or newer and iPad 2 or newer, or iPod touch 5th gen.

Click here to download Ghouls’n Ghosts for iOS in the App Store. It’s on sale for half-off only for the next 24 hours.