Card.io Lets You Take Payments On Your iPhone Without A Swiper

Technology that allows a merchant to begin accepting payment for their goods or services directly within a mobile device has been getting a lot of ink lately. Recently, we reported on PAYD, one of the new smartphone dongles that put the power of a credit card terminal in your pocket. But now, thanks to Card.io, you’ll be able to save a little bit of that pocket space because the Card.io card reader is your iPhone or Android camera. 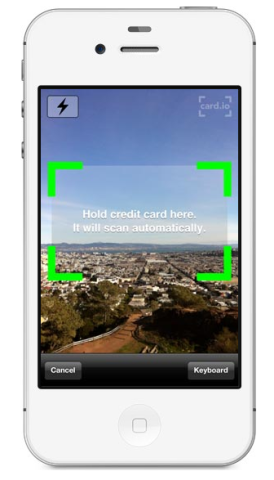 All you need to do is place your card in front of the camera, reports TechCrunch, and then Card.io will then ‘see’ and scan the numbers using their own advanced viewing techniques.

More than 160 apps are already using the Card.io technology through their own merchant accounts to help their users make a payment through the app without the need of tediously typing in all of your info. Now Card.io is making their technology a stand-alone application to compete with the likes of Square.

The service is pretty simple. Download the app for free. Then for $0.30 per transaction (and 3.5% of the transaction total) you’re able to complete a sale and e-mail the receipt directly to your customer.

TechCrunch points out that the launch puts them in close competition with start-up Jumio which offers both mobile and webcam services for transactions. Hopefully Card.io will expand to Canada as well.