Carmageddon for iOS is a Free Download This Weekend ($3.99 Value)

Carmageddon was released for iOS last October and went free for 24 hours. If you missed out on the freebie then, you’ll be happy to know the game is free all weekend to celebrate the game’s 16th birthday (it was originally released for DOS in 1997).

Celebrate #Carmageddon being 16! Download it for iOS and Android for free all weekend! Yoinks! http://t.co/KPyrtleB13

For those unaware, Carmageddon for iOS was part of a Kickstarter project by Stainless Steel games which raised $625,000 to port the game over (it’s now also available for Android). 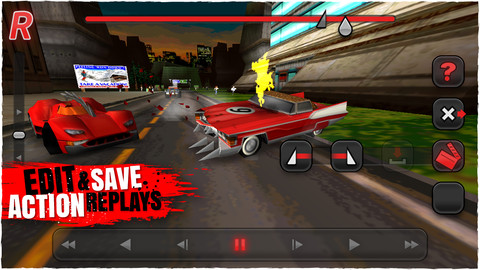 Click here to download Carmageddon for iOS while it’s free. Let us know what you think of this game!