Canada’s public broadcaster has launched CBC Listen for iOS and Android, in what it calls a “one-stop destination for CBC Radio, CBC Podcasts, and CBC Music—all together in one free, easy to use app.” 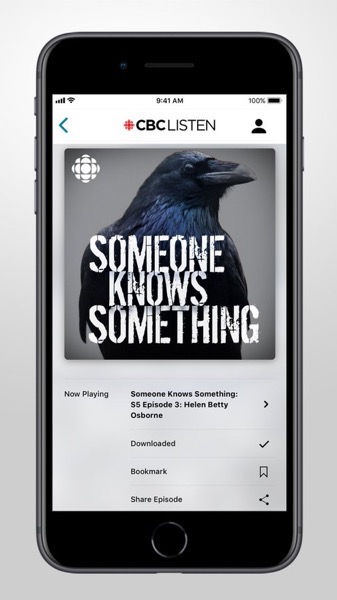 “The new CBC Listen is a curated audio ecosystem with ‘Canadian’ at its very core,” said Susan Marjetti, Executive Director of CBC Radio and Audio, CBC, in an issued statement to iPhone in Canada. “We are thrilled to officially launch the new CBC Listen offer and provide Canadians with an opportunity to further explore and discover even more great content from CBC Radio, CBC Music and CBC Podcasts.”

Here are the top features of CBC Listen:

The app also supports AirPlay and Chromecast, along with offline listening of CBC Podcasts, to go with a sleep timer feature for those that need one as well.

Reviews of the app in the App Store do not seem positive so far, as CBC Listen replaces the previous CBC Radio app. Users do not like the new user interface, saying it’s too complicated to use. The new CBC Listen app also has reset reviews, meaning previous reviews of CBC Radio no longer are available.

User ‘jxnenixhenw’ gives the app a one-star rating, saying, “This is my first ever review of an app. The changes made to my beloved CBC app were so appalling that I have stopped using the app, and not for lack of trying, rather the lack of time it takes to navigate through the totally strange and counterintuitive interface with its weird huge pink pictures of show presenters. The focus on content is gone. The design is diabolical and I’ve effectively been cut off. I work, I can’t listen to the radio when I teach and I really relied on the app for my content on demand.”