CBC News for iOS Now Has a Dark Theme in Settings 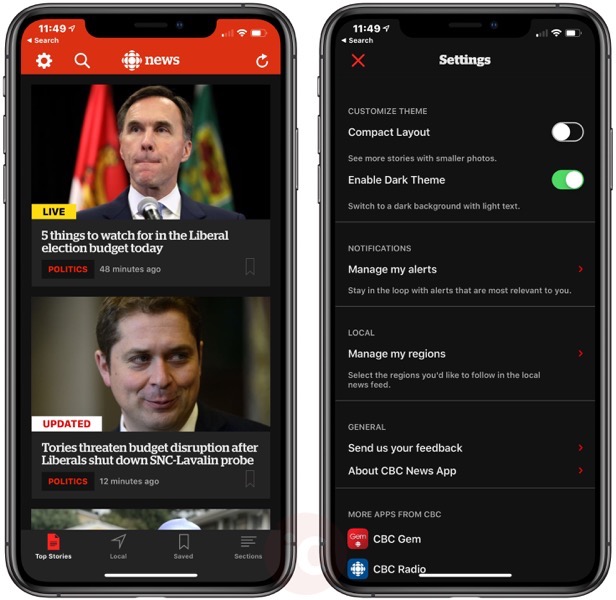 If you’re a frequent user of CBC News for iOS, the app gained an update yesterday to bring a dark theme, which aims to make for an easier reading experience at night.

How to turn on the dark theme within CBC News? Just go to settings with CBC News and toggle on ‘Enable Dark Theme’ and the app will then “switch to a dark background with light text.”

Apple released a dark mode last year for macOS Mojave, but the feature has yet to make it to iOS.

However, Apple is rumoured to unleash a system-wide dark mode in iOS 13, expected to be previewed at the company’s WWDC 2019, set to take place on June 3 in San Jose, California.