CBC News for iOS has gained an updated today, which adds an updated look plus more customization features.

The app now delivers more local news, adds a search capability, the ability to save articles for offline reading, plus a new ‘compact layout’ theme.

CBC News has tabs along the bottom now for Top Stories, Local, Saved and Sections. Users are able to customize their breaking news alerts by national and regions, while also enable a ‘compact layout’ theme, which makes for smaller thumbnails, allowing more stories to be shown in news feeds.

Check it out in our screenshot below–you will be able to see five headlines instead of two in this new compact layout: 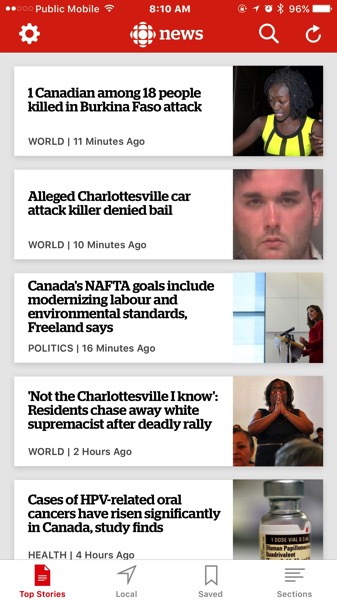 There are also links to other CBC apps in the App Store as well, while the app will also let you watch videos such as CBC News and The National. 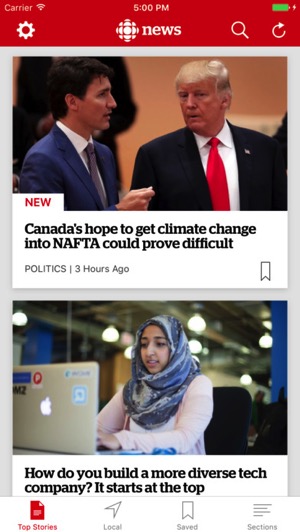 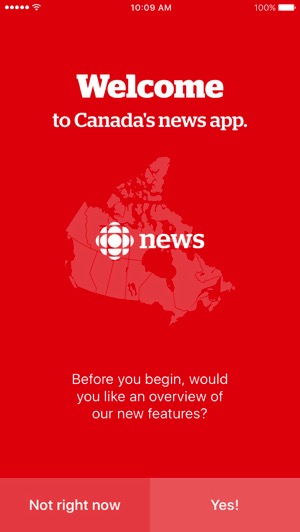 The CBC says “We’re thrilled to share our app with you and hope you’ll enjoy it as much as our ever-growing community does.”

Click here to download CBC News for iOS in the App Store. Let us know what you think about this new update.