In late-November CBC News for iOS released its 2.0 update which featured a brand new iPhone redesign. Today’s 2.1.0 update now brings that new interface to the iPad version of the app, along with improving app performance, stability and adding a better multimedia experience.

Check out the screenshots below, show a much cleaner and organized interface: 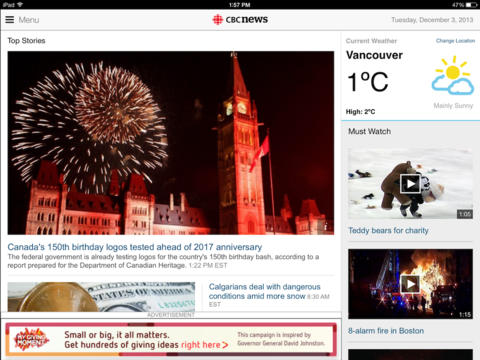 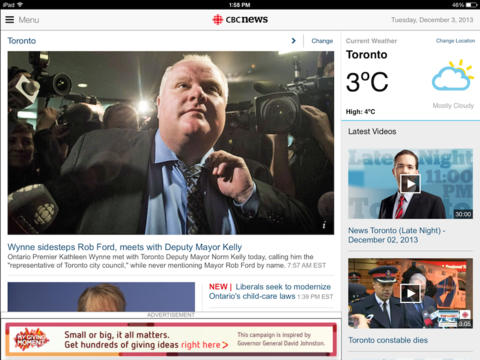