CBC News for iOS Update Brings Back Weather, Option to Save Stories Offline

CBC News for iOS has been updated to bring back the local weather icon, plus also added new features such as the ability to save stories for offline reading.

As you can see in the screenshot below, weather is back, showing in the top right corner and it can be customizable to your location. For offline reading, users just tap the bookmark icon and you’ll be able to read your story offline (will not include images, photo galleries or video). 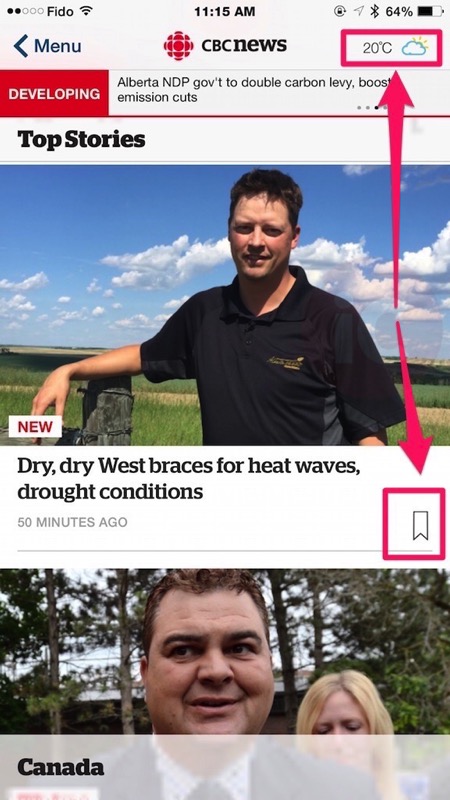 Some bug fixes include image descriptions remaining on screen until dismissed, plus sharing to Facebook now actually works.