If you’re a fan of watching the ball drop in Times Square on New Year’s Eve, you can do so live from your iPhone with the official Times Square Ball app, which has been updated for the 2013 countdown. The update brings some new animated lighting and effects and better rendering of One Times Square.

The app also allows users to upload their photos and have it appear live on Toshiba Vision in Times Square. 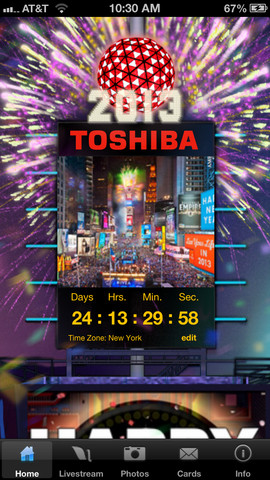 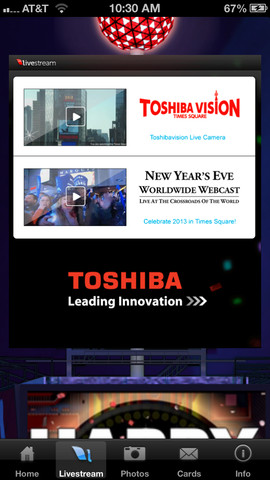 With that being said, everyone here at iPhoneinCanada.ca wishes you a safe and happy new year!