CFL Mobile for iOS Updated with Support for iBeacons

The 102nd Grey Cup takes place this Sunday, November 30, at BC Place Stadium in Vancouver, where the Hamilton Tiger-Cats will take on the Calgary Stampeders. 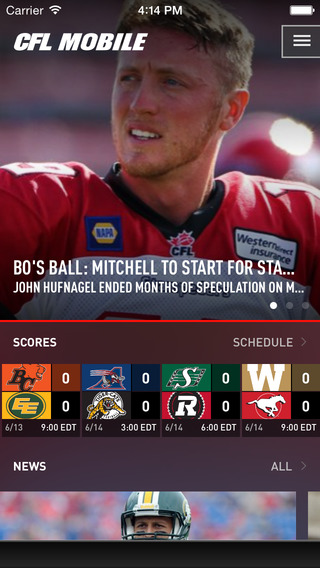 If you’re rocking the CFL Mobile iOS app, it was recently updated to bring support for iBeacons, which we assume BC Place will have transmitters installed throughout the stadium.

iBeacons is an Apple technology which allows low-power location awareness through iOS devices, if Bluetooth is enabled. Users will be able to receive messages once their location is within the distance range of iBeacon hardware, making it handy to use at sporting events to broadcast information to large numbers of people.

The app update also says it now supports Live Access and also has Chat Improvements. Who are you rooting for this Sunday?