ChopChop for iOS has launched today, a new app which aims to help users find food and drink deals around them. The service has made a limited debut, targeting Ryerson University students. 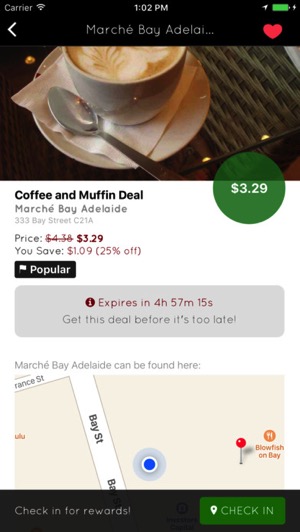 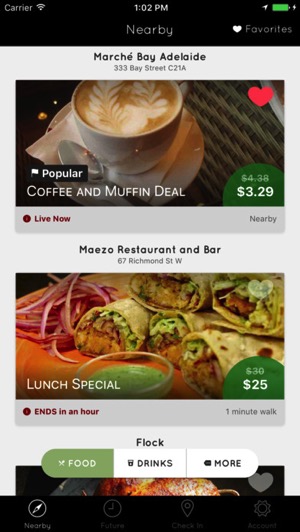 ChopChop currently has over 250 restaurants and bars in downtown Toronto which list their deals within the service. The app uses your device’s location to find nearby deals on food and drink.

“We think Ryerson has a huge density of restaurants, just around the Dundas and College area, which is primarily why we chose to direct our attention specifically in this area,” said co-founder Ian Weng, speaking to The Eyeopener. Weng said students were targeted because “they are the most price-sensitive crowd.”

Weng’s two other business partners are Glen Chao and Al Hounsell, who he met through mutual friends last summer.

A public beta version of ChopChop for iOS launched earlier this month on February 3, but as to today, the company is targeting Ryerson University students through Facebook ads, email newsletters and on-campus marketing through a ‘street team’.

Next up, the app plans to expand service to the University of Toronto and the latter’s financial district.