Chrome for iOS Updated with Fullscreen Support and Printing Options

Google has released an update to Chrome for iOS to bring fullscreen mode to the iPhone and iPod touch. How to enable it? Easy. Just scroll up and the omnibox disappears. To bring back the latter, scroll back down. 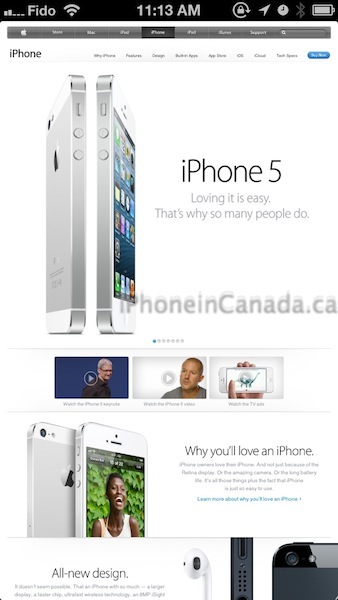 This update also adds the ability for printing via Google Cloud Print, AirPrint and also the option to save any page as a PDF to Google Drive.

How to save a PDF to Google Drive in Chrome for iOS?

Go to Print > Google Cloud Print…then tap ‘Print’ to go back and ‘Save to Google Drive’ will appear. Tap it and then hit ‘Save’. 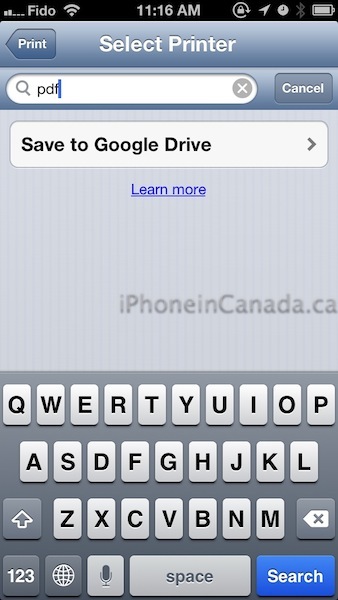 We weren’t actually to successfully save to Google Drive as we received a ‘time out’ message, but we’ll keep trying. 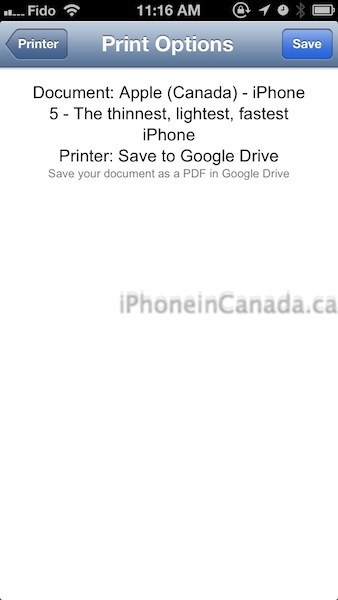 The full change log of this update is below:

What’s New in Version 26.0.1410.50
Fullscreen for iPhone and iPod touch
• Scroll the toolbar off the screen to enjoy the full page of content.
• Quickly re-access the omnibox by scrolling back down.

Printing
• Print web pages with Google Cloud Print or AirPrint.
• Save any page as a PDF to Google Drive