Chrome for iOS Gets Offline ‘Read Later’ Feature, Here’s How It Works

Chrome for iOS now supports the ability to save articles to read later, even while offline. Called ‘Read Later’, all you need to do to save an article is tap the Share icon, then Read Later, which will then add it to your offline supported Reading List.

How to save articles for offline reading in Chrome for iOS? The first step is to tap the menu icon (the three dots), then tap the Share icon, as seen below: 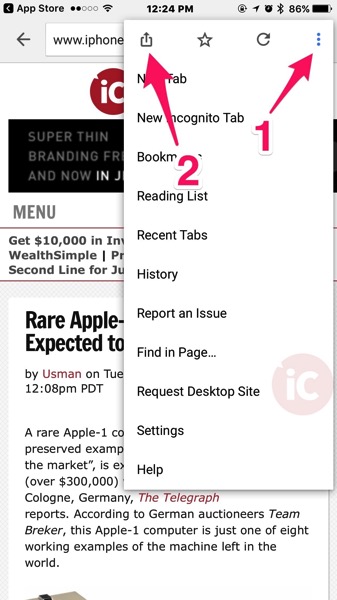 This will bring up the iOS share sheet. Tap the ‘Read Later’ Chrome icon, which will save it to your Reading List. 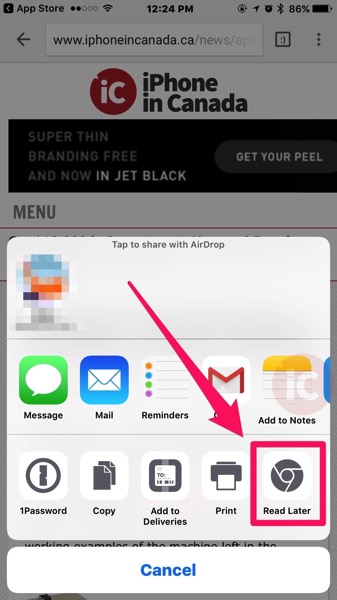 How to access your Reading List in Chrome? Tap the menu icon again, which will then show a blue highlighted Reading List, which also indicates the number of articles you have saved offline. You’ll then see your saved articles in a list, which you can read later. 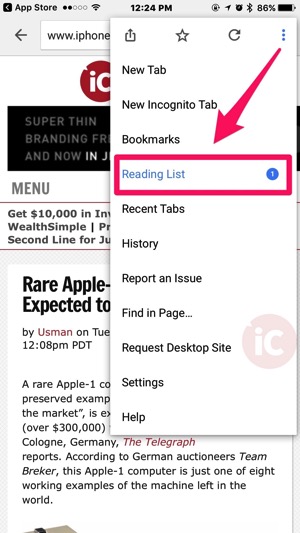 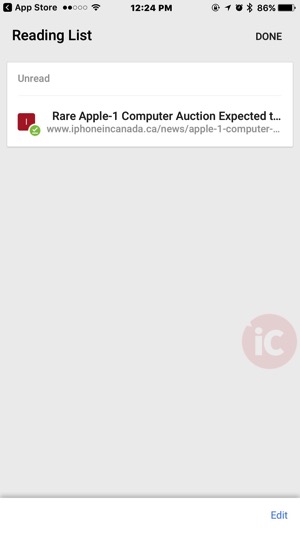 This new Read Later feature is not exactly new, as Safari’s Reading List debuted with iOS 5, while many others also use Pocket. But if you live in Chrome for iOS, this may be a handy way to save articles to read later in the browser.