Update: A swift update has been released, version 6.8 fixes this bug. That was fast. Click here to download CIBC Mobile Banking.

CIBC issued an update for their Mobile Banking iOS app today to version 6.7, to make it compatible with iOS 9. Unfortunately, this update was buggy and resulted in rendering the app useless, as users faced the following message, despite updating:

“Please update to the most recent version of CIBC Mobile Banking. (M800).” 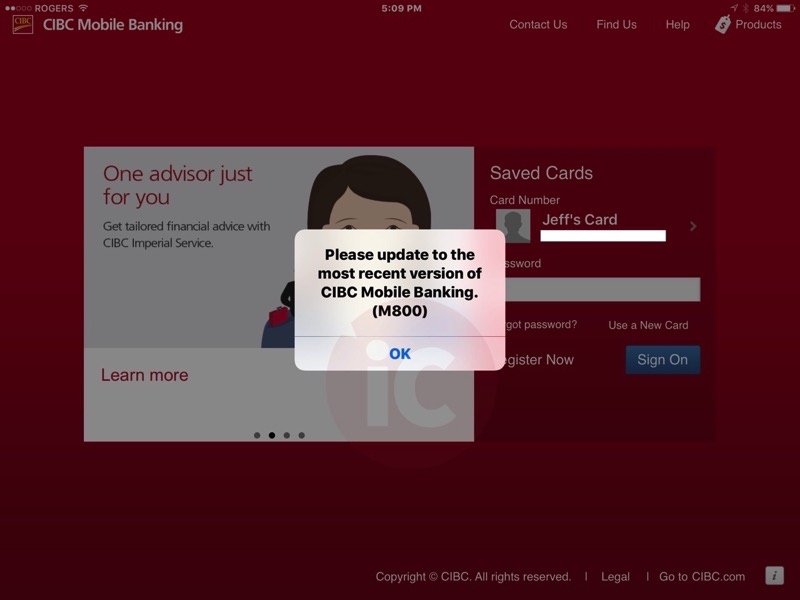 CIBC is aware of the issue and consequently has pulled their app from the App Store. Expect an update to be released shortly to fix the app.