Slopes for iOS tracks your ski and snowboarding activity and now you can connect the app directly to popular fitness activity app, Strava. 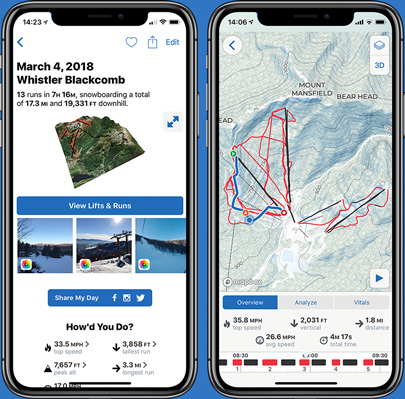 Here’s how to connect Strava to Slopes:

1. Create a Slopes account – Go to the More tab in Slopes and then tap My Account.
2. Link your Strava account to Slopes – In Slopes head into More -> Settings -> Strava.
3. Record an activity – It will automatically get posted to your Strava feed.

With Slopes for iOS, it can track your runs on ski hills, while automatically pausing when it detects lifts and runs.

“When you’re done, Slopes will share recaps of your winter achievements on Strava for your friends to see and cheer on. Stay motivated throughout the season as you challenge yourself to conquer your old PRs,” explains the company.