Crash Bandicoot: On the Run! to Launch on iOS and Android in Spring 2021 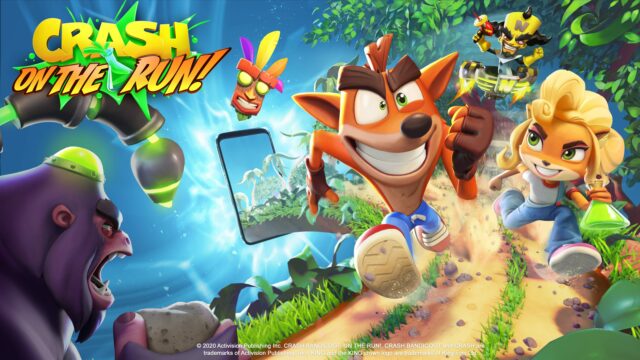 Candy Crush developer King has announced that its mobile game Crash Bandicoot: On the Run! will be launching on iOS and Android in spring 2021.

Crash Bandicoot: On the Run! was formally announced in July of this year. However, the announcement did not include a release window. Now, as reported by Engadget, King has released a new trailer confirming its early 2021 release.

The mobile game Crash Bandicoot: On the Run! is an endless runner based on the beloved video game mascot born out of the original PlayStation era. Its gameplay is very reminiscent of games such as Temple Run. However, it appears that the game remains true to the core gameplay of the series, which sees Crash break through crates and platform through each level.

Crash Bandicoot: On the Run! will also feature Coco as a playable character. King has teased that players will face Crash’s arch-nemesis Neo Cortex once again. Additionally, Nina and Fake Crash will be featured in the game as well. While not many of the levels have been teased by King, the trailer does show off Cortex’s Lab. Fans of the franchise will quickly recognize the environment and will likely have flashbacks to the difficulty of that level.

King opened up pre-registration for Crash Bandicoot: On the Run! on Android through Google Play when the game was announced earlier this year. However, iOS users can now pre-register through the App Store. Registering prior to the game’s release will ensure you’re notified when the game debuts in spring 2021. Additionally, you’ll also be given the Blue Hyena skin to use when the game launches.

Crash has been having a successful year in 2020 as Crash Bandicoot 4: It’s About Time released on PlayStation 4 and Xbox One earlier this month.