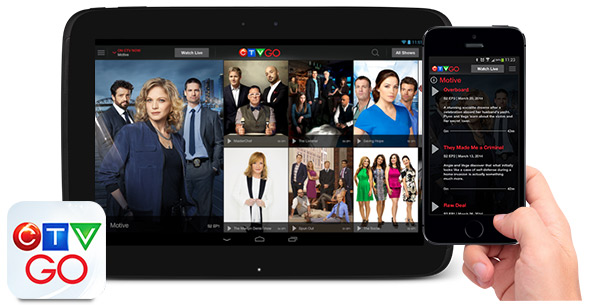 For TELUS Optik TV users, you can now use the CTV GO iOS app, which allows users to watch live CTV and CTV Two shows over Wi-Fi and cellular networks.

TELUS now joins Shaw Direct customers, which gained access to CTV GO back in May, to go with existing Bell FIBE and TV users as well. CTV says almost 6 million Canadians have access to the streaming platform.

Recent iTunes reviews of CTV GO have people complaining about the lack of AirPlay and also how some commercials have cut video in and out too frequently, with one user saying “I watch a 22 minute show over two days and by watching the same two commercials about 12-15 times.” How has your experience been with the CTV GO iOS app?