We first reviewed DataMan back in October of 2010 as a worthy app to track your data usage. The next generation of this app, known as DataMan Next was released a few days ago and we have been testing the app just prior to its launch.

With DataMan Next, the app comes with an all-new design and presents your data usage beautifully using colours and numbers. It’s a simple and clean interface which I’m sure many will appreciate. What’s also new is the Smart Forecast feature which predicts if you’ll stay within your data bucket, via an “intelligent algorithm”. Real-time stats for cellular data and Wi-Fi are directly from iOS so you’ll know exactly how much you have used and what’s left.

DataMan Next looks great and is simple to use. The new app’s interface uses gestures to bring the settings and history views into play. I found DataMan Next to be much easier to setup compared to DataMan as it prompts you step by step during the app’s initial launch. With one glance you will see the percentage of data used and whether you are within ‘safe’ usage thanks to the app’s background colour, based on the Smart Forecast feature. Of course, there are push notifications for when you pass certain data thresholds. 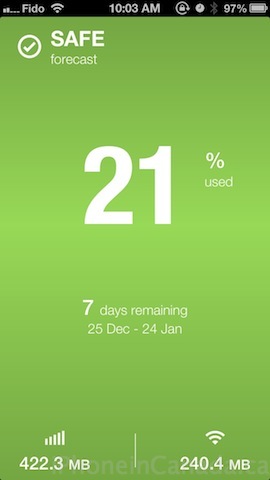 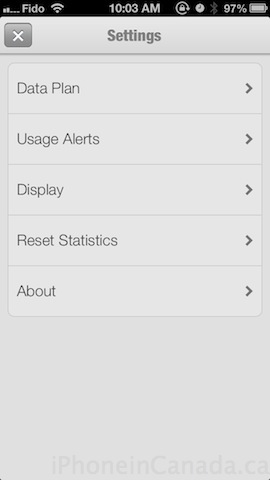 DataMan Next is the successor to DataMan, which will be discontinued soon. It’s a beautiful way to track your data and provides relevant info instantly with a glance. If you have a small data plan, stop tracking usage on your own and use an app instead. DataMan Next is holding a 50% off introductory sale at $0.99 in the App Store.