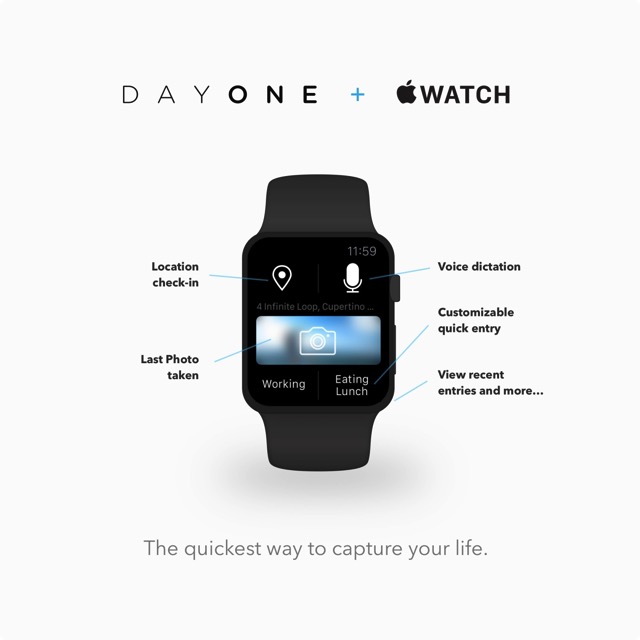 The creators behind the popular and award-winning app Day One today took another big step: the Day One Apple Watch app is available in the App Store.

Version 1.16, released today in the App Store, includes the Apple Watch app, which comes with a set of handy features such as location check-in, voice dictation, customizable quick entry, a last-photo-taken button, and more.

Day One was already an addictive journal/diary app that was a pleasure to use. As a parent, you want to document every moment of the life of your baby, so the app helps you do just that in a nice, easy-to-use interface.

Since its launch, Day One has won various awards from Apple, even the 2014 Mac Apple Design Award.

You may recall that Tim Cook said about 1,000 apps have been submitted for review. Day One is one of them, and as the latest update shows, it is ready to take its place on your Apple Watch when it arrives.

The developers didn’t share other details about the update but promised to share additional information on what you can do with the app as we get closer to the (second) official Apple Watch launch day on April 24.