Digg has announced an update to its iOS app to introduce new features to Digg Reader. The update brings a new ‘Popular’ section based on your subscriptions, options to view only unread items, better scrolling performance, the ability to delete feeds and folders plus Readability support. 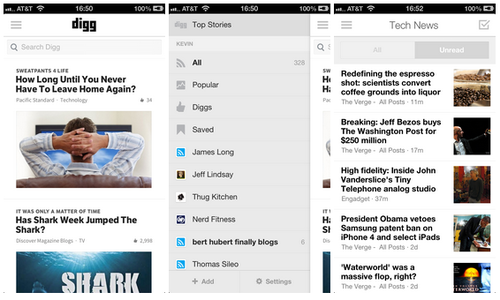 Also new is the debut of a mobile web view for Digg Reader, which the company says “captures the look and feel of our awesome iOS mobile apps.” The web view has support for embedded HTML5 media and currently is in beta so it might look weird on older smartphones.