Dropbox has announced the release of version 2.0 of its iOS app, which has received an all-new design (and new icon):

We’ve packed a ton of love and tiny details into our new iOS design, and we think you’ll dig its simplicity. For example, we got rid of the text labels on our tabs in favor of clean and streamlined iconography. Splashed across the app is the glorious Dropbox blue you’ve come to know and love, and we’ve reduced complexity to make everything feel so fresh and so clean, clean.

Also included in this release is a new Photos tab that shows a timeline view of your automatically uploaded photos and videos. 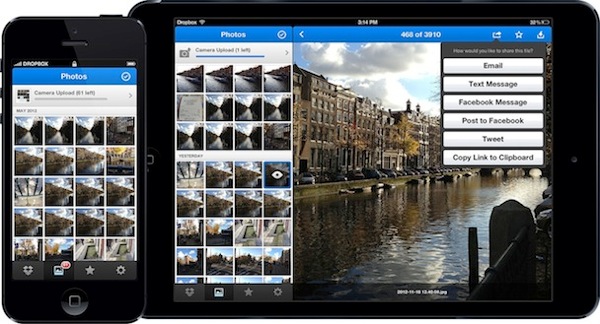 There’s also a new way to upload to Dropbox as well. Navigate to any folder than tap the “+” icon to upload a file or create a new folder: 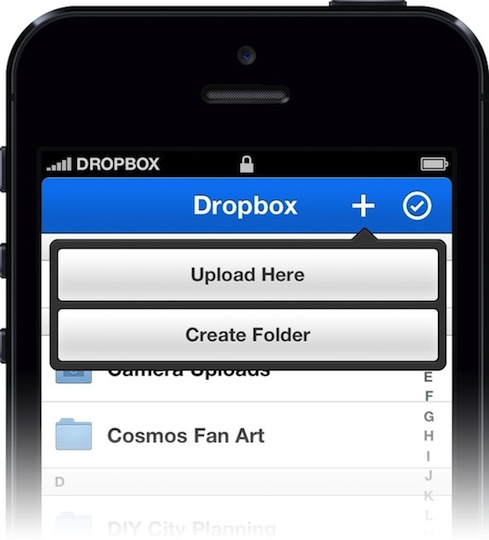 This new update brings a much cleaner interface to Dropbox. Along the bottom there are just four icons, with everything you need accessible within a tap or two. The blue used in the app is much bolder now. As for the new Photos tab, there is an easy toggle button at the top to enable the automatic upload feature, which came in June (and comes with 3GB of storage). Overall, a fantastic update to an awesome service.

In October Dropbox for iOS was updated with iPhone 5 optimization and prior to that introduced 2-step verification support.