Dropbox for iOS has been updated this evening to bring screen support for the iPhone 6 and iPhone 6 Plus, while also adding Touch ID for unlocking in iOS 8. A fix was also released when previewing RTF files to go along with stability and performance improvements.

What’s New in Version 3.5
• Use your fingerprint to unlock Dropbox with TouchID support (iOS 8 only)
• Support for iPhone 6 and iPhone 6 Plus
• Fix for previewing RTF files on iOS 8
• General stability and performance improvements

Users need to first enable Touch ID within the Settings menu inside Dropbox. Once that’s enabled, the next time you open the app it’ll prompt you for your fingerprint. 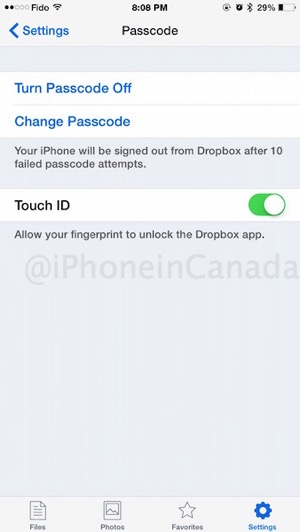 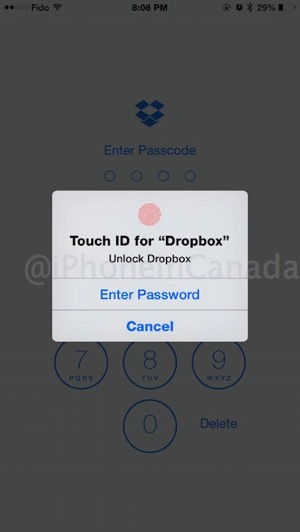