Duet Display debuted last December as an app that could turn your iPad into an external monitor for your Mac. Today, it has been updated to support Windows 7 and 8 PCs, along with some improved performance. 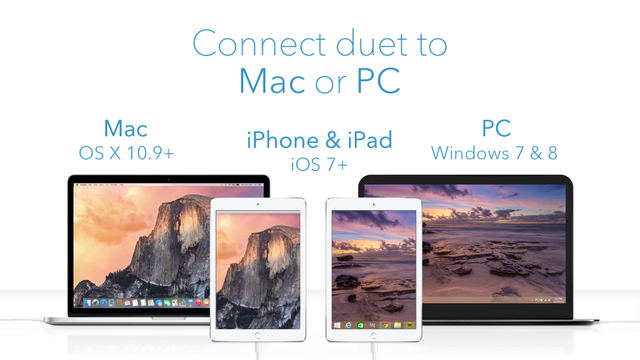 We’ve tried Duet Display and it works pretty well, without lag as it’s connected via the Lightning port to your computer’s USB. To celebrate the Windows update, Duet Display is on sale today for 40% off.