Electronic Arts has soft launched Madden NFL Mobile for iOS in Canada, two weeks before the worldwide release of the game.

Based on the freemium model, the game allows users to choose their own NFL franchise and customize the roster. The new game has an improved analog stick control system and smoother gameplay compared to before. Daily challenges and rewards are available as the game connects to the real NFL for lives updates from real events and players. 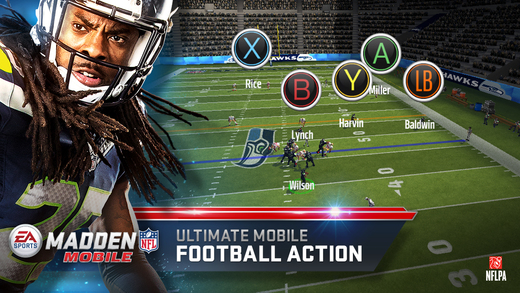 For fans of the Madden NFL genre, this game should satisfy your needs ahead of the 2014 season, which kicks off on September 4. Canadians get lucky with early access to this game ahead of the worldwide launch on August 26.