Electronic Arts has their fourth annual Sweet Deals sale on right now to celebrate Easter, where over 55 iOS titles are on discount for up to 90% off or free. Some hot sales include FIFA Soccer 13 for 80% off, Dead Space for iPad is 90% off and older versions of Real Racing are on sale too. A snippet of what’s on sale is below: 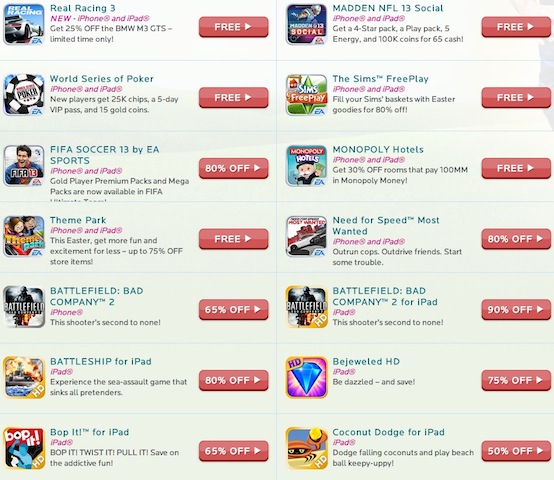 You can check out the entire list of titles on sale here. Let us know what you’re going to buy today!