EA’s Massive Holiday Weekend Sale: Up to 90% Off

Electronic Arts is back with another massive iOS sale in time for theÂ 4th of July holiday weekend. There are over 50 games at 99 cents each, and most titles are 40-90% off. This is an awesome time to pick up some great games:

You can also getÂ almost 50 games on the App Store for just $0.99 each. Thatâ€™s just about everything EA has to offer for iPhone, iPod touch, and iPad â€“ up to 90% off, like Dead Space and NBA JAM for the iPhone. Amusment park lines aren’t half as bad when you can spend the time dismembering necromorphs.

In fact, all of our sales will be between 40% and 90%, with the great majority over 50% off. A sale like this doesnâ€™t come around very often, so enjoy it while it lasts! 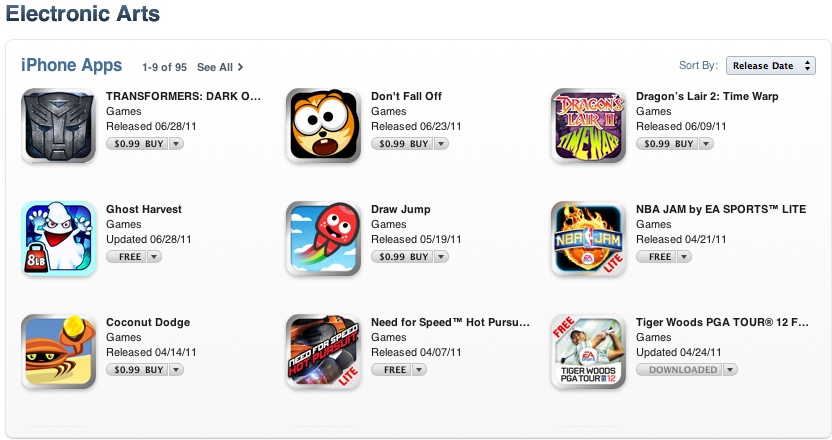 Click here to check out the entire sale. What games will you pick up?