East link has officially announced the launch of its Maestro Streamer, which allows Maestro DVR users to watch live TV and DVR recordings across various devices such as your iPhone or iPad.

“We live in a multi-screen world,” said Lee Bragg, CEO Eastlink. “Customers want the easiest and most accessible way to watch their favourite content on their personal device in the comfort of their home.” 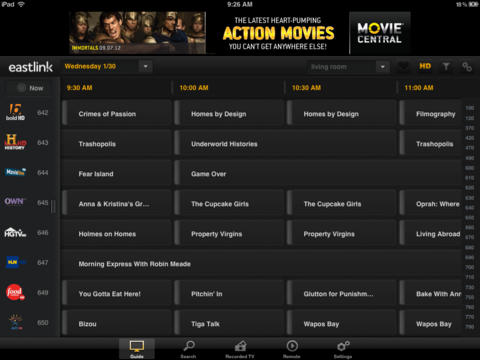 Back in December 2012, the company released Eastlink To Go for iOS, which also allows live TV access.

Click here to download the Eastlink Maestro iOS app in the App Store. Let us know how it works for you.