eBay for Apple Watch Arrives, Plus iPhone 6 and 1Password Support

You can now bid directly from your Apple Watch on eBay, as the iPhone app has been updated to support the smartwatch. Also new is iPhone 6 screen support, easier searches by country, 1Password extension support and bug fixes.

What’s New in Version 3.6.0
• Stay on top of your eBay activity and bid from your Apple Watch
• iPhone 6/Plus support
• Simplified search by country
• Sellers: donate to your favorite charities when you list an item for sale (USA and UK only)
• 1Password extension
• Bug fixes

Check out some of the Apple Watch screens below: 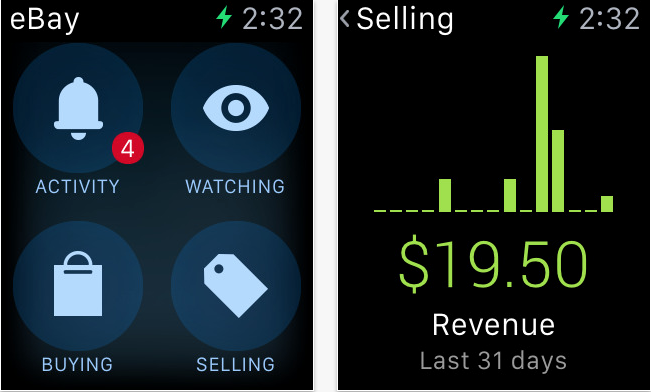 As for 1Password support, signing into your account is super easy now, especially if you have Touch ID: 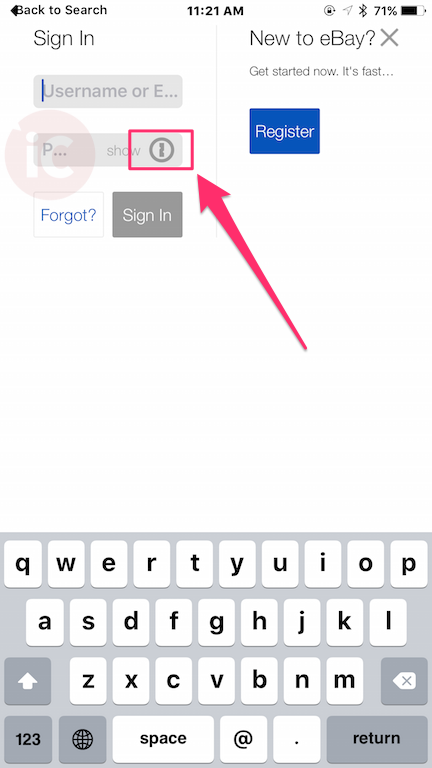 Click here to download eBay for iPhone in the App Store. Let us know what you think of this update!