Award-winning Canadian author, Emma Donoghue, has been featured in iTunes and the iBookstore, part of today’s launch of The Eh List, celebrating Canada’s upcoming 150th birthday. 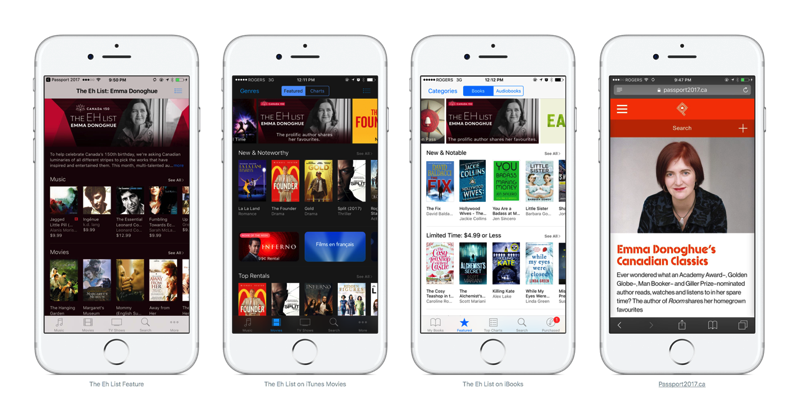 This Irish-Canadian was recently interviewed by the Passport 2017 app, detailing her favourite books, film and music. Her pics are now part of a dedicated section in iTunes, showcasing her top picks.

Donoghue is known as the author of her 2010 bestseller Room, while her screenplay for the film version of the novel was nominated Academy Award, Golden Globe and Bafta Award. She currently resides in London, Ontario. Her most recent novel is The Lotterys Plus One, which launched last month.