Looking for yet another photography app to add to your growing collection on your iPhone or iPad? Check out Enlight, as it’s currently available for free in the App Store, normally priced at $1.99 USD. 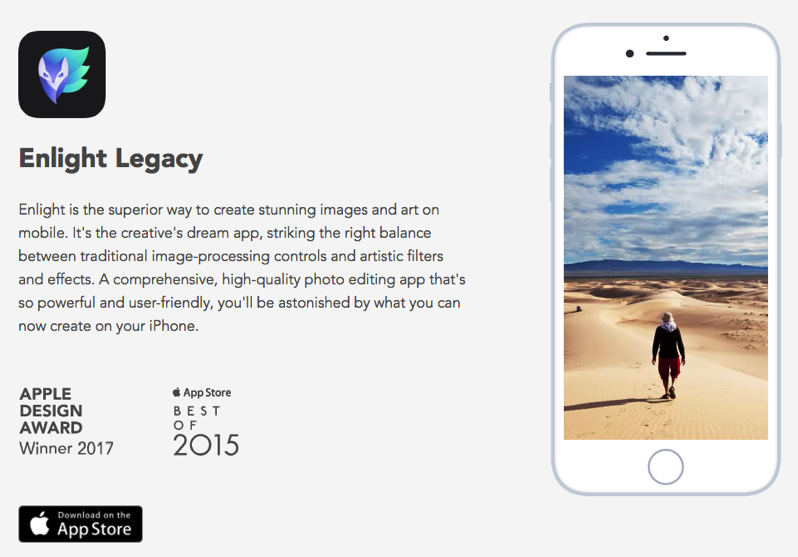 Enlight was previously a top pick by Apple back in 2015 as App of the Year and last year won a 2017 Apple Design Award.

The app has a newer version called Enlight Photofox, so this version of Enlight is now their legacy app.