Evernote Opens Two-Step Verification Up To Free Users As Well

Evernote’s two-step verification, also known as two-factor authentication, which was previously available to Evernote Premium and Evernote Business users only, is now available to free users as well. The security feature was introduced a few months back that adds an additional layer of security to the login process, requiring users to enter a special code from their phone, in addition to their regular username and password. 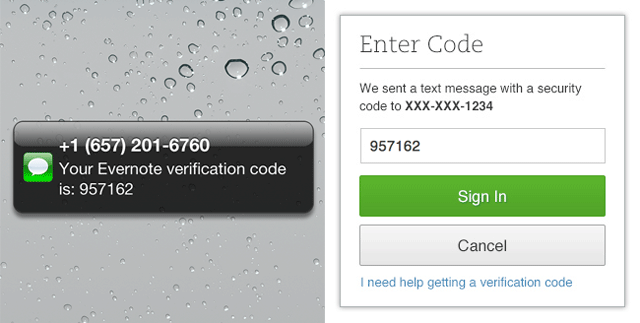 What makes two-step verification powerful is the six-digit verification code. This code is delivered to a user’s mobile phone via text message or, if one prefers, generated by an app that runs on a user’s phone, such as Google Authenticator. According to the Evernote blog, users will be given a set of one-time codes to use in the event they are unable to access their phones.

Setting up two-step verification is straightforward. Just follow the steps in the Security section of Evernote Web. Free users will be required to install an authenticator app on their phones. We recommend Google Authenticator. Premium users can choose to have the code delivered as a text message.

The goal of this extra step is to combine something you know (your password) with something only you would have access (your phone).

It must be noted that Evernote’s two-step verification is entirely optional. So before setting it up, please be aware that if you lose access to your secondary access method, you run the risk of permanently locking yourself out of your account.