Facebook has released version 6.7.1 for iOS to address a crash affecting users since its most recent update which added iPad support to delete and edit posts.

The update can’t be installed for some reason, which many of you have told us about. We had to delete and reinstall the app to acquire the update. If you’ve already signed into Facebook within iOS, you won’t have to fill in your login upon reinstalling. 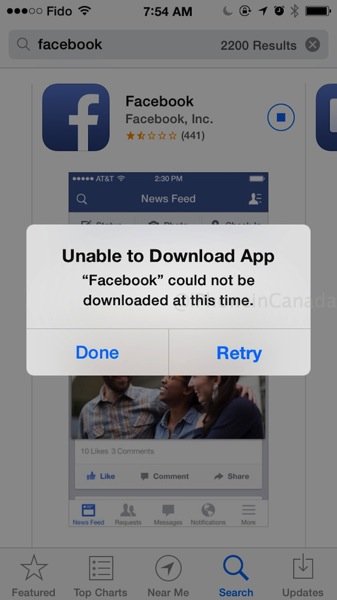 This update should address any crash issues you may have had. Let us know how it works out for you!

Update: The update is now loading and installing fine without a reinstall.