Facebook has updated its iOS app to allow the search of hashtags and to make them clickable as well. Also new is a faster loading and cleaner design for the iPad version of the app plus fixed was a bug for notifications. Facebook says it now has over 800 million people accessing the site via mobile.

What’s New in Version 6.4
• Search for hashtags or tap them in posts to see what other people are saying about a topic
• Faster loading and a cleaner design for timelines on iPad
• Fixed a bug that was causing some people to see red notification badges when there weren’t any new notifications 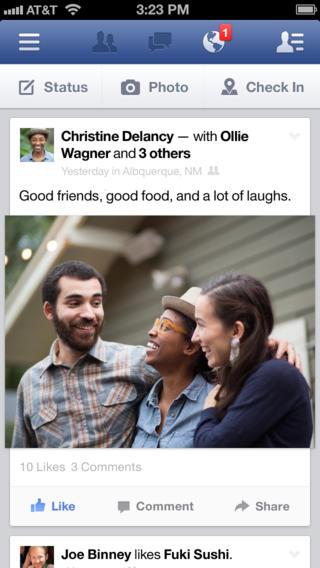 The US version of the app today received the ability to make restaurant reservations on mobile restaurant Pages in the US via OpenTable. Another US-only feature is the addition of listings on TV and Movie Pages.