If you’re active on the internet, chances are you have a Facebook account. If you have a smartphone, I’m going to second guess you have the Facebook mobile application installed. So if this is all true, you may want to know about Facebook’s latest nifty addition that allows users to save a post for later viewing. 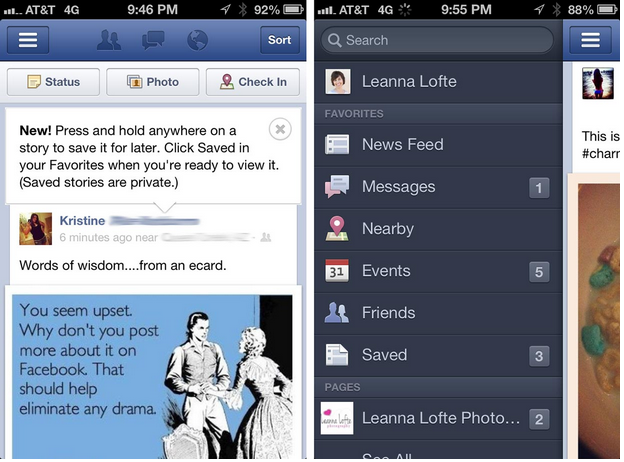 As iMore notes, this is what other applications may call “favorites,” but the function is essentially the same. On your Facebook mobile application you should receive a notification stating the new feature is now activated. To save a post, just tap and hold the post you are interested in saving. Once it has officially saved, you should receive a popup that says “Save”.

All saved posts can be viewed inside the “Saved” folder of the Facebook menu. If you want to “unsave” posts, they have to be individually unmarked “unsaved”.

And yes. All saves are private, as iMore adds humor to the report:

All saved stories are private, so you don’t have to worry about Sally being notified that you saved her relationship change to Single. You wouldn’t want her to think you’re some weird creepy stalker!

The Verge later found that this feature will be available on the desktop too. Just click the “Save” button under any post.