Facebook for iOS Just Unveiled a New App Icon, Ahead of Design Update 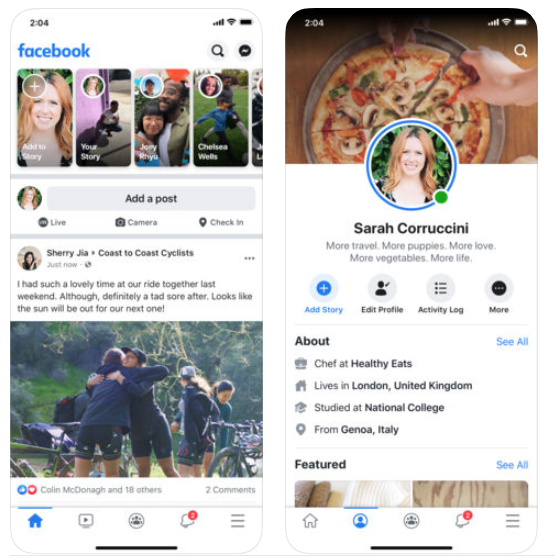 Facebook for iOS has rolled out a new app icon design, part of an upcoming design update, in what the company called its biggest ever, at its recent F8 conference.

While we’re not seeing the new redesign yet, the app’s screenshots within the App Store are already showing the new design.

Ahead of the design rollout, a new app icon is here now, changing up what you’ll be looking for when you load up the social network on your iPhone or iPad.

The app history updates only restate the previous boilerplate message, noting “We update the app regularly so we can make it better for you. Get the latest version for all of the available Facebook features. This version includes several bug fixes and performance improvements. Thanks for using Facebook!”

Below is a comparison showing the old icon versus the new:

You’ll notice the icon colour is now a lighter blue, while the ‘f’ letter is now centred and looks a tad smaller.

The new Facebook update, which the company said is going to be the biggest in its history, will include a new white layout, axing the classic blue menu bar, with a greater emphasis placed on groups. The new design looks to match a similar design scheme of Messenger.