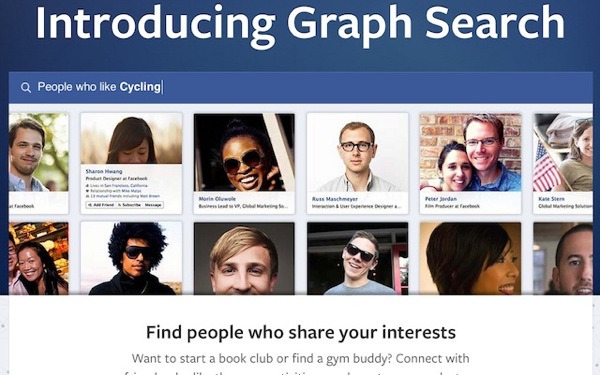 After all the immense hype, Facebook did not launch a phone and they did not launch Messenger for iPad either. Instead, they introduced Graph Search Beta for its web users:

What is Graph Search?
Graph Search is a new way for you to find people, photos, places and interests that are most relevant to you on Facebook.

What is Graph Search useful for?
Graph Search will help you instantly find others, learn more about them and make connections, explore photos, quickly find places like local attractions and restaurants, and learn about common interests like music, movies, books and more. All results are unique based on the strength of relationships and connections.

What can I search for?
With Graph Search, you can search for people, photos, places and interests.

This is Facebook’s foray into search, based on your friends and their preferences and interests. Game changing? Too early to tell. The announcement was a bit of a snooze fest, but of course when you’re Facebook everybody has to listen to what you’re saying. Anyone excited for this?