Canadians may not see it soon, but a number of Australian Facebook Messenger users have found a new feature in the app, which they are now apparently using on a regular basis to communicate, reports Mashable. 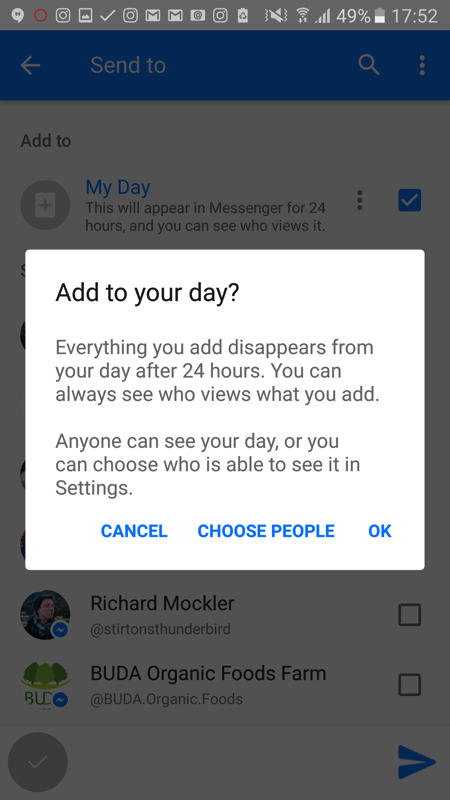 Branded as Messenger Day, the new, Snapchat-like feature allows users to link videos and photos, or add stickers or doodles to a feed that disappear in 24 hours. As reported by Mashable, the stickers are currently categorized into groups such as “I’m feeling”, “Who’s Up For”, etc. Apparently, the feature is a little less intuitive than Snapchat or Instagram Stories, because users need to manually select to write text, whereas this is much more frictionless with the aforementioned apps.

Facebook did confirm that it has enabled this feature for some users, and that the first testing ground was in Poland early in October.

“We know that people come to Messenger to share everyday moments with friends and family. In Poland we are running a small test of new ways for people to share those updates visually,” a Messenger spokesperson told Mashable at the time.

The feature is currently missing the face filters Snapchat has, but this may change in the future, of course. Is this feature something you’d like to see in Facebook Messenger?