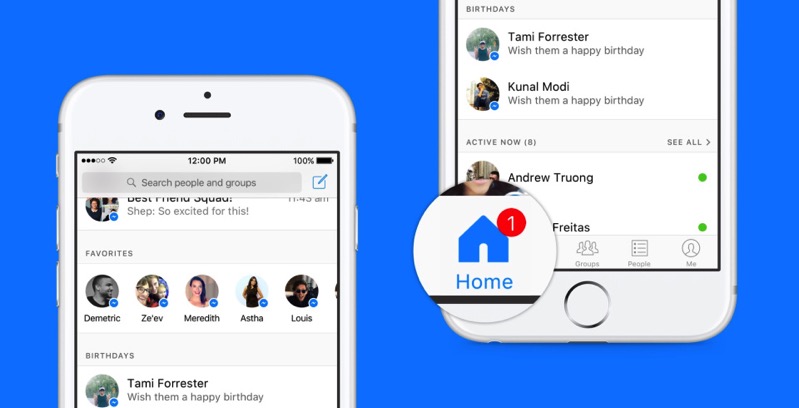 Thanks to Facebook pushing its messaging app, 900 million people are now using Messenger every month. The latest update contains more than just the usual “bug fixes” and “improvements” we see each time the App Store prompts an update (if you forgot to turn the automatic updates feature on).

The new Facebook Messenger aims to make it easier to start a conversation: Now your favourite contacts are available in the Home tab, which also includes a helpful birthdays line and also an “Active now”. All this is to make it more easier to get in touch with friends, Facebook says. 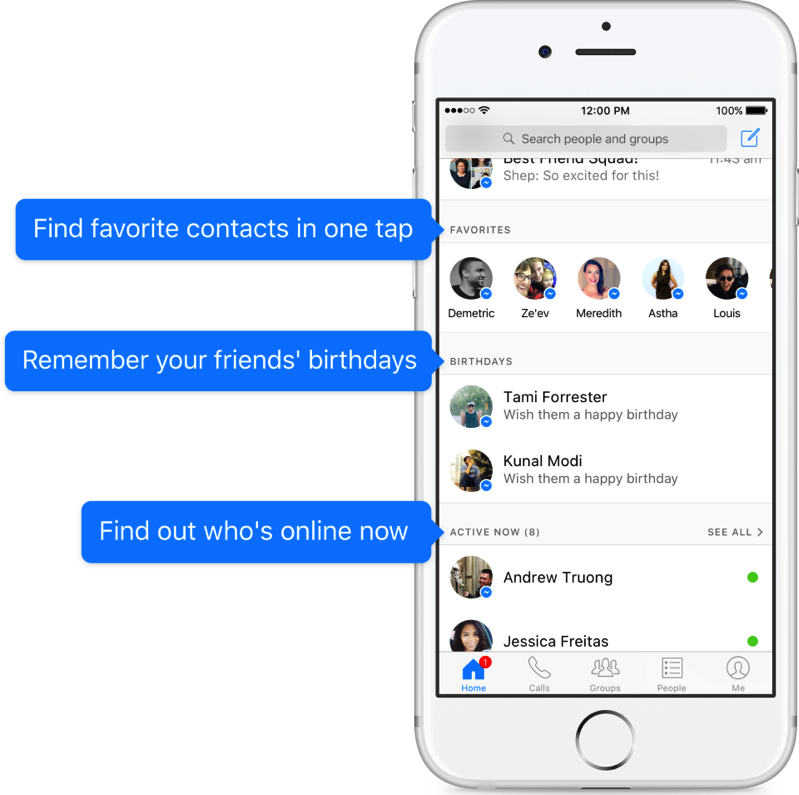 As you can see, the latest Messenger update focuses on the Home tab: You will be able to see the most recent messages at the top of the screen, followed by the Favourites section, and the aforementioned sections.

Facebook says that by revamping the Home tab it has made Messenger simpler to use, as it displays relevant information. How do you like it?