AllThingsD reports the latest update today to Facebook Messenger for iOS will introduce voice messages within the app, allowing users to send voice clips to friends, up to one minute long. What makes this update extra special is Facebook will be testing VOIP calls in this update, exclusively in Canada (yays):

Also particularly noteworthy: In Facebook’s update on Thursday, Canadian users on iOS can start using Messenger to make VOIP calls inside the app. That’s a pretty Skypey, Google Voice-y move by the social giant. I can only assume that if the test takes off in Canada, next move down the line will be video calling.

If you depend on Facebook for your messaging needs, this upcoming update might be of interest to you. You’ll be able to send short voice clips and have full fledged free VOIP calls to friends. The update is now live. Below is the full change log:

What’s New in Version 2.1
– Send a quick voice message when you have more to say
– Call friends for free right from Messenger*
– Other improvements and bug fixes

*Free calling uses your existing data plan, and will be rolling out over the next few weeks.

As you can see in the description, free calling will use your data plan. Update: If your contact doesn’t have the latest update, you won’t be able to test a call with them: 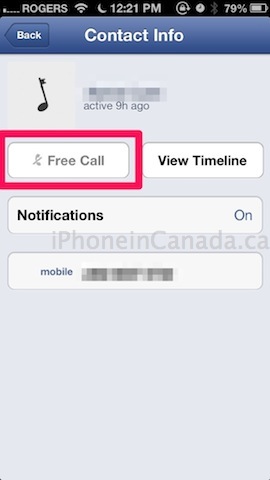 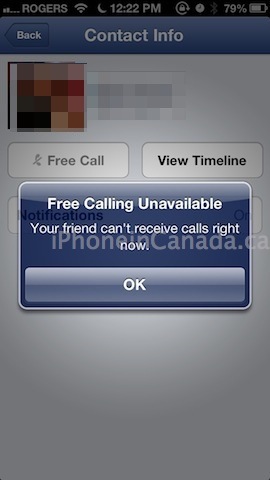 Anyways, to start a voice message, tap the “+” during chat and tap “Record Voice”. Then, just tap and hold the record button to send a message. That’s it. 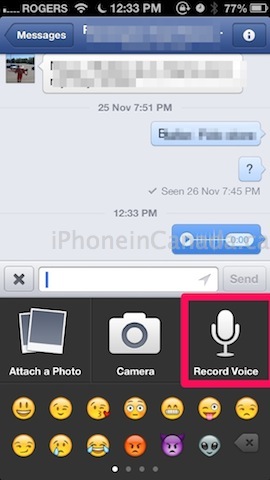 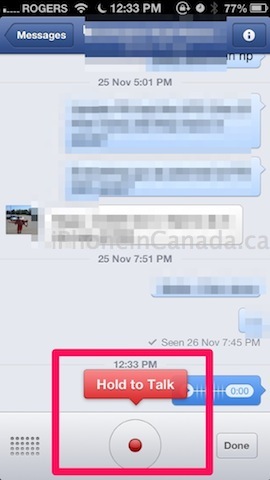 The update is now available in the App Store, click here to download it. The new feature works as advertised. Let us know if you’re going to use this.

Update: Both parties must have this update installed of course. Our tests so far have noted calls to be pretty decent and really easy to initiate. Calls can take place in the background while you continue to use your iPhone: 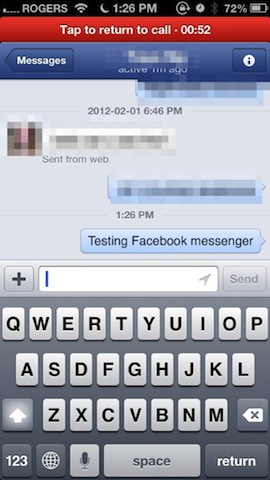