Facebook Messenger for iOS Pushes Users to Revisit Their Usernames

Back in 2009, Facebook launched usernames, allowing people to setup vanity URLs, to make it easier for people to find you. Recently, an update to Messenger for iOS has allowed users to edit or assign usernames directly within the app, as seen below: 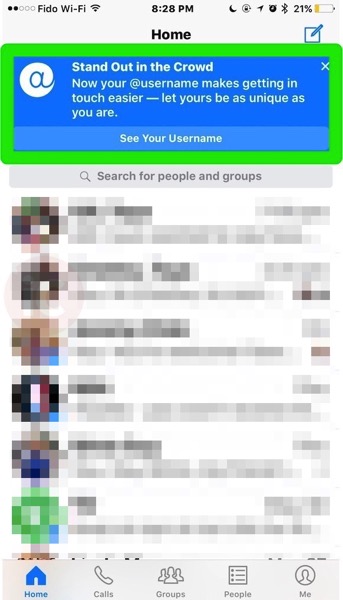 The pop-up tells people to “Stand out in the crowd”, saying “now your @username makes getting in touch easier—let yours be as unique as you are.” From here, users are directed to see their existing username or create one.

Also, you can allow your friends to scan your code to quickly add you to contacts, and vice-versa. 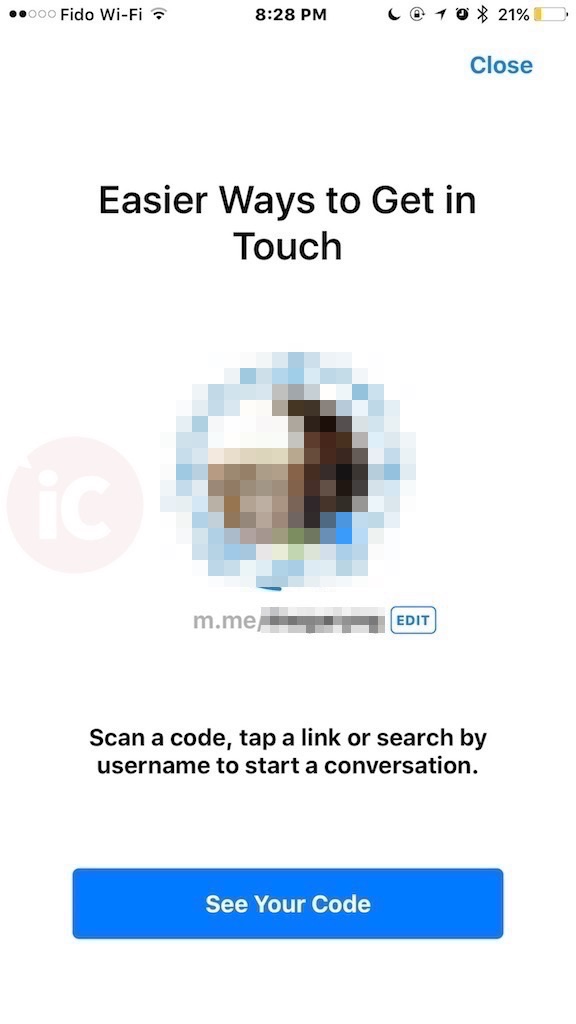 Recently, Facebook has started to disable messaging from its mobile web site, in a push to force users to install Messenger for iOS instead.

Let us know if you’re seeing this pop-up and also if you have been editing your username right within the Messenger iOS app.