Facebook Messenger was updated today to add new emojis, plus a soccer (football for your purists) game that you can compete against friends with.

David Marcus, the lead of Messenger at Facebook, announced this morning their previous basketball game within the app launched for March Madness and the NBA season was “played over a billion times” in the space of the last three months.

To celebrate Euro 2016 and Copa America, they’ve decided to do the same thing, but for soccer.

After installing the latest Messenger update in the App Store released today, in the app send a soccer ball emoji to your friends, via the emoji tab: 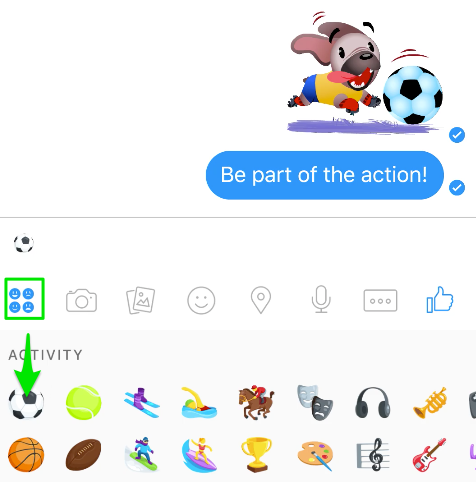 Once your friend taps the soccer ball emoji, you can play the game, which requires you to tap the soccer ball before it drops onto the ground, accumulating points for each ‘bounce’, similar to juggling a soccer ball.

Earlier this month, Facebook announced it would debut 1,500 redesigned emojis and 100 new ones, plus include skin tone customization for the first time, following a similar move made by Apple last year with iOS 8.3.

As you can see below, by tapping and holding on an applicable emoji (like you would on iOS), users now have the option of selecting a skin tone: 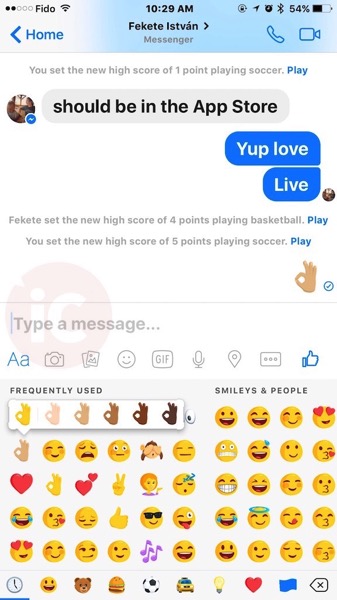 Click here to download Messenger for iOS in the App Store. Let us know what you think of this update.