Facebook has announced this morning a new app to allow friends to privately share photos with each other. The app, called Moments, is available for iOS and Android users in the US today.

The premise of the app is to be able to get back photos friends have taken at events, such as weddings, birthday parties or other events and be able to share them easily and privately with each other:

Syncing photos with the Moments app is a private way to give photos to friends and get the photos you didn’t take. Moments groups the photos on your phone based on when they were taken and, using facial recognition technology, which friends are in them. You can then privately sync those photos quickly and easily with specific friends, and they can choose to sync their photos with you as well. Now, you and your friends have all the photos you took together.

The app uses facial recognition technology to arrange photos based on friends tagged: 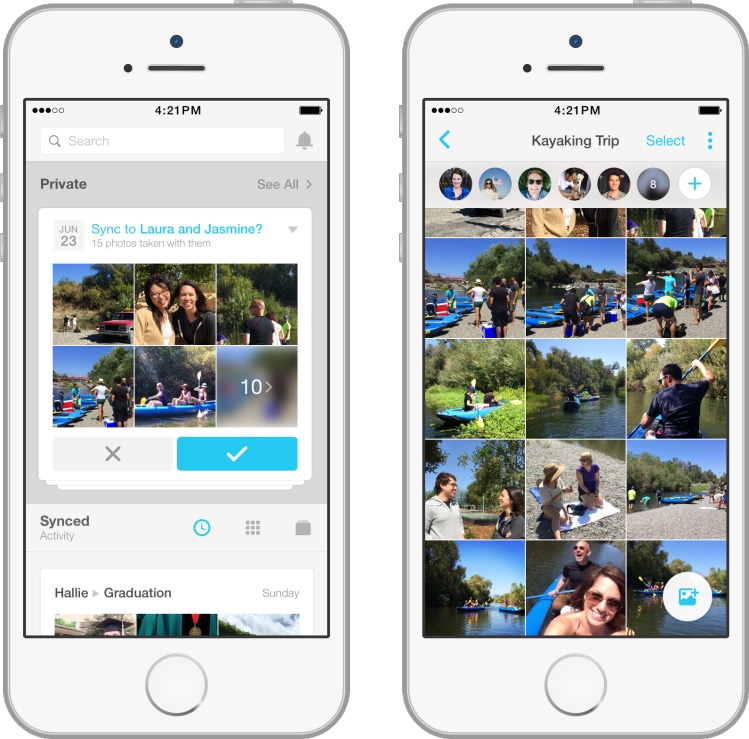 The promo video for the app is below:

While this is available in the US-only at launch, most likely it will arrive in Canada at a later date (hopefully). It does seem like a quick way to share photos with friends, but it’s yet another app to download from Facebook.