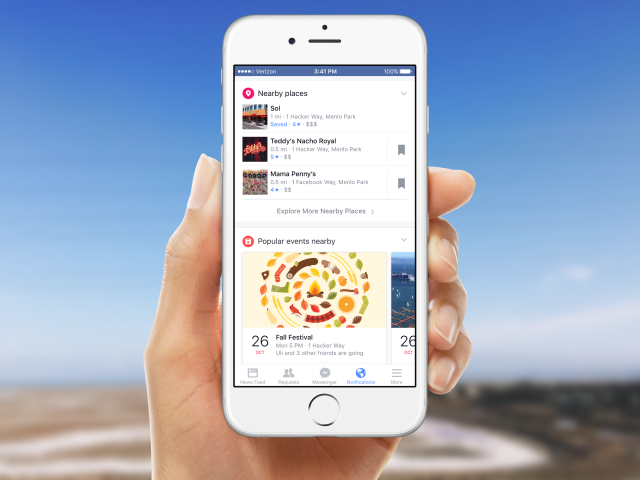 Facebook has announced it is rolling out an expanded, personalized notifications tab within the Facebook iOS and Android app.

What this means is that alongside your notifications, US users (for now) will be able to see and customize information such as friends’ birthdays and life events, sport scores, and TV reminders based on the Facebook Pages they like and upcoming events they have joined.

Facebook users looking for more personalized information can enable Location History within the app to get information about things happening in their community (local events and what’s popular), weather updates, information about movies playing in theatres near them, and a list of recommended places to eat.

Facebook’s new personalized notifications feature is currently limited to the US but will probably roll out in Canada soon enough.