Today we’re excited to roll out photo sync, which makes it easier to share photos. With this feature, photos from your phone sync automatically to a private album on the web. When you want to share these photos, just pick and post your favorites.

Here are the instructions on how to activate Photo Sync within the Facebook iOS app:

How do I start syncing my photos?

You can preview photo syncing by first making sure you have the latest version of the Facebook app installed on your phone. If you have an iPhone, you’ll need to be using iOS 6.

1. Go to your photos app in the left side navigation
2. Tap Photos
3. Tap Sync at the bottom of your photos section. Follow the step-by-step instructions. 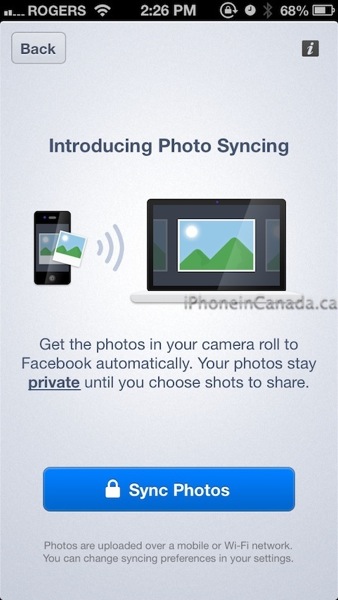 Photo Sync just kicked in for us within the Facebook iOS app. Within settings, you can set whether you want photos to sync over Wi-Fi, data, or both. Photo Sync comes with 2GB of storage. 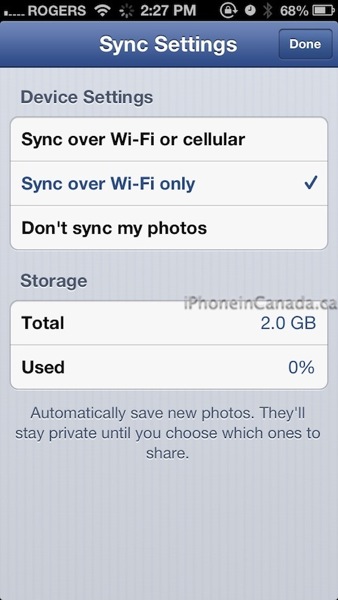 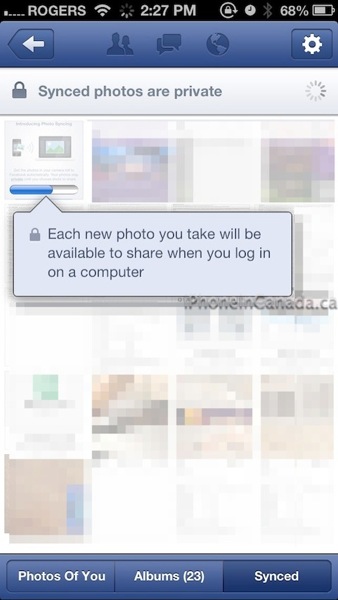 Here’s how it looks on Facebook.com afterwards (after you click on your Photos section): 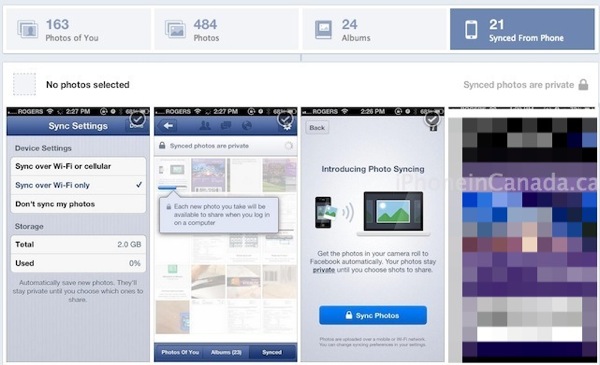 You can learn more about Photo Sync here. Let us know if this feature comes in handy for you.