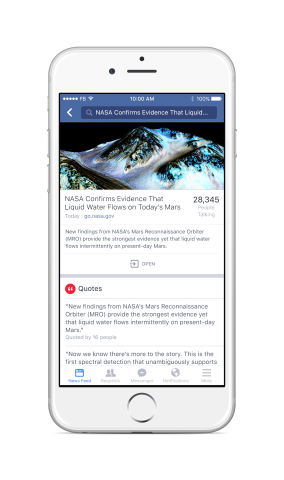 Facebook has announced it has improved its Search function to better crunch the more than 2 trillion posts in its index. With over 1.5 billion searches per day, improving it is a long-term effort, the social media giant says.

Starting today, Facebook Search should give you better, personalized suggestions: As you type, Facebook will highlight things that are happening right now so it can keep you up to date with popular stories around the globe.

This is just the first step – they are waiting for you to use it to get feedback and make it better.

Search results are personalized and unique to you, Facebook claims, and you can see only things that have been shared with you. Today’s updates are rolling out now on iPhone, Android and desktop.